The stolen payment data predominantly traces to Turkey's 10 largest banks, Group-IB says. "Cards from Turkey are very rare on the card shops; in the past 12 months this is the only big sale of payment cards related to Turkish banks," the company says. In its entirety, the data is retailing for about $500,000, the security firm says, noting that the data appears to be brand new.

The compromised data appeared on Joker's Stash in four batches:

It's not clear what mechanism was used to amass the stolen card data. “A breakdown of the data indicated that all the cards could have likely been compromised online either due to phishing, malware or increased activity of JavaScript sniffers,” says Dmitry Shestakov, head of Group-IBs's cybercrime research unit, in a report.

“All of the compromised credit and debit card records in this database were identified as raw card data also known as 'CCs' or 'fullz' and contained the following information: card number, expiration date, CVV/CVC, cardholder name as well as some additional information such as email, name and phone number," Shestakov says. 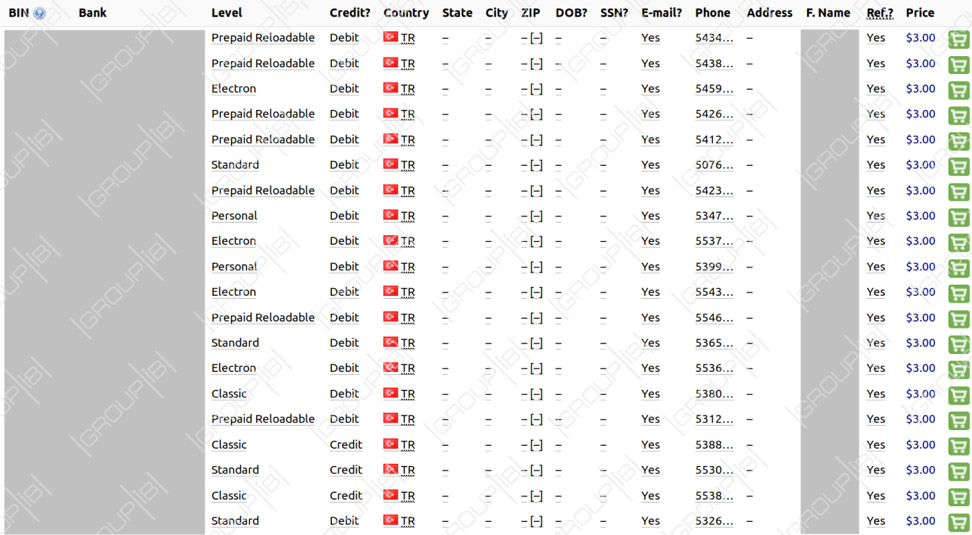 Those latter details, of course, aren't encoded on the magnetic stripe of a credit or debit card, meaning that the details wouldn't have been amassed via compromising physical card readers used at point-of-sale terminals in brick-and-mortar establishments.

So the heist looks to have been the work of attackers operating online, against e-commerce sites - potentially - or perhaps a gang that hacked into customer databases. 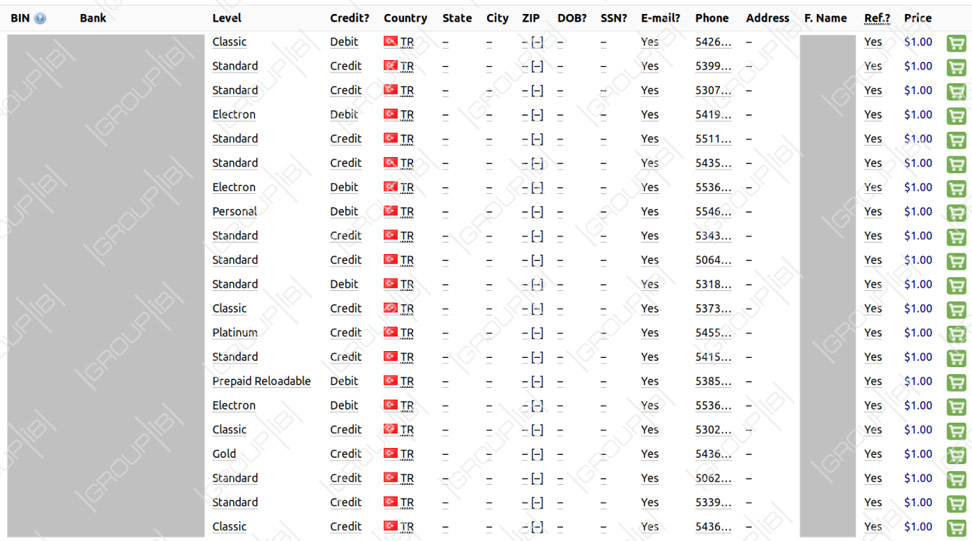 "Upon identification of this information, Group-IB team has immediately alerted relevant Turkish local authorities about the sale of the payment records, so they could take appropriate measures and mitigate the risks," Shestakov says. "The source of this data compromise remains unknown."

One likely culprit for the tactic used to amass the payment card data would have been Magecart gangs. Magecart is an umbrella term used to describe the tools and tactics used by multiple groups of attackers, to tamper with online systems and steal payment card data

Magecart attacks against content management and e-commerce systems continue to escalate. In May, the security vendor RiskIQ wrote that it had detected "some of the most significant Magecart attacks ever carried out." Online shops running e-commerce platforms - including Magento - remain a prime target for groups running web-skimming attacks, says Yonathan Klijnsma, a RiskIQ threat researcher (see: Magento Marketplace Suffers Data Breach, Adobe Warns).

Such attacks, which are sometimes referred to as digital skimming, typically involve exploiting vulnerabilities or outdated software to install malicious code that collects payment card details and sends them to a remote server, for later retrieval by attackers.

"Vendors need to make sure they are protecting their websites and web apps - especially when they are collecting personally identifiable information or financial information from customers," Aaron Lint, chief scientist and vice president of research at Arxan, has told Information Security Media Group (see: Magecart Group Continues Targeting E-Commerce Sites).

Security experts say one reason for the escalation in Magecart-style attacks is simple: They're working. For cybercriminals, time is money, and any tools or tactics that bring them a payday, more quickly, have always been prized.

"The sale of raw card data, exactly the same type of payment records offered in this case with Turkey - expiration date, CVV/CVC, cardholder name - is also on rise today, having increased by 19 percent in the corresponding period," Group-IB says.

While many Magecart groups make use of JavaScript sniffers, so do other gangs.

The 2021 Faces of Fraud: Enabling Digital Trust in a Connected Fraud Landscape