SWIFT: 'New Economies' Changing the Landscape Tracy Kitten (FraudBlogger) • November 1, 2011     15 Minutes
New economies are changing the payments landscape, giving consumers more control over their buying experiences. As consumers take on more, through channels like Facebook and Twitter, how much will banks and service providers relinquish?

"The belief is that we know what we like and we would like these people to adapt to us," says Kosta Peric, head of innovation for SWIFT, the Society for Worldwide Interbank Financial Telecommunication. "Do people like Google, Amazon and Netflix really know what we like?"

Peric in September attended the Sibos conference in Toronto, where so-called new economies were focal points of discussion. Peric says the Internet and social media have fueled creation of several new types of economies, including the trust, intention, relationship, social and ethical economies. The idea behind these economies: Cash and credit are not the only payments instruments that carry value. [See The Future of Payments].

Today's traditional payments economy, better known as the transaction economy, as Peric calls it, still prevails. But boundaries are beginning to blur. "For the relationship economy, the value there is trust," Peric says in an interview with BankInfoSecurity's Tracy Kitten [transcript below]. "This is where people trust each other. There is no command control, and the trust is built and the trust is values. In the relationship economy, the wealth is what you have when you lose all of your money."

In the future, rather than consumers asking retailers to pitch products, retailers will reach consumers, based on their "intentions," or the items they desire. "I have people bidding for my business, so it's a total reverse of the [current] situation," Peric says.

During this first part of a two-part interview, Peric discusses:

Peric has led SWIFT's Innotribe division since 2007, when he was appointed head of innovation for SWIFT. Peric previously served as head of securities market infrastructures, where he oversaw negotiating and acquiring for strategic programs. He was also the chief architect for SWIFTNet. Kosta has been with SWIFT since 1990. Before SWIFT, he worked for Solvay & Cie, Control Data Corp. and the UniversitÃ© Libre de Bruxelles.

TRACY KITTEN: As the head of innovation for SWIFT, you lead SWIFT's Innotribe division, a bank innovation division that's been focusing a great deal of its attention on emerging payments in non-traditional realms such as Facebook, Paypal and Twitter. You recently attended the Sibos Conference where these so-called new economies were a focal point of discussion. What can you tell us about trends you're seeing in these emerging payments fields?

Let me just give you a feel for what we discussed in the new economies. We invited a number of very interesting speakers, the movers and shakers in this domain ... and then we had the speakers, as we say, ignite a little bit of the discussion, and then we had structured interactive workshops.

What came out of all of this is - what we thought would come out - [was] this notion of connectedness of people increasing exponentially with the Internet and social data media. What we deduct about this, especially from the technology perspective, is that what we were really talking about is the reinvention of value and ways of expressing that value. Let me elaborate a little bit. What is clear is that ... the Internet technology, and especially the social data and media, represent a moment of change that knowledgeable people think is probably equivalent to the change brought way back by the printed press and steam machines, major, major change that's happening. These trends can be seen also as incredible engines of economic growth, but the economies - the notion of economy - will be multiple and different.

We're moving to an environment where a pure, traditional transaction economy will coexist more and more with other economies based on trust and different values of expressing wealth. And what this will bring is it's going to change even the basic definition of what a consumer is. In fact, the word consumer is not liked anymore by many people because the word consumer means that somebody is in fact locked into the silos of values providers, while in fact, what the Internet and social media will change is giving control to users, making the world revolve around the users, rather than in fact the service providers. In other words, do people like Google, Amazon and Netflix really know what we like? Probably not. The belief is that we know what we like and we would like these people to adapt to us.

KITTEN: Could you tell us a little bit about Sibos, just for the members of our audience who might not be quite so familiar?

PERIC: Sibos is a major conference in the banking industry that we, SWIFT, in fact run, but we run it for the financial industry. It's not a SWIFT event; it's a financial industry event, and typically we have, depending on the location, 7,000-8,000 insiders present. The conference moves from continent to continent every year, so this year, it was in Toronto. Next year, it will be in Osaka before moving onto Dubai. And Innotribe at Sibos, we started that in Sibos Hong Kong three years ago. Innotribe at Sibos Toronto was the third year, and it was quite a big success. We had 1,800 people participate in the event. Another interesting thing happened, which we noticed for Sibos in general and Innotribe in particular, is that we could see really the emergence of virtual conferences going on through social media like Twitter inside and outside of the walls of Sibos. Just for Innotribe, we had about 5,000 Tweets on Twitter about the conference while the conference was going on, so that was quite interesting.

KITTEN: That really touches on the whole notion of these new economies, and you've mentioned this a little bit in your intro. I'd like to go back and talk about this in a little bit more depth. In August, we actually discussed these five different categories of new economies: the trust economy, the intention economy, the relationship economy, the social economy and the ethical economy. What impact are those so-called economies having on the global financial infrastructure today?

PERIC: To answer the question, let's put some stakes in the ground and let's call the current economy, as we understand it, the transaction economy. Just as a matter of defining some language to use, and if you look at the trends, this is what we recognize as the normal economy, or traditional economy that we operate with. As I mentioned, social media, the Internet and these emerging technologies bring, by connecting people, emergence to these new economies. And we had a number of speakers who have defined this a little bit better, so let me go through some of this.

One of the speakers was Greg Rader, a very well-known blogger focusing on the influence of technology and economic behavior. His question to us was, "How do we account for the value of social media and social data?" For example, what is the exact value of my eBay reputation? As you know, on eBay, when you transact, you actually pay for goods, etc., but we also build slowly and surely a reputation based on the way people rate these transactions, so that has a lot of value. But what is the exact? Can you define the framework to describe and express this value depending on one hand the level of trust that people have in each other? This relatedness can range from dealing with an anonymous stranger to, for example, dealing with your friend and colleague, and then the level of refinement of services provided, so going from a totally short Tweet to a very specific and tailored study.

Based on that, if we go and say there's a transaction and the economy that we know now - very overanxious, very intangible value - then the second one would be the relationship economy where it's an economy not of scarcity, because the transactional economy is based on scarcity in the sense that you pay for things and the value of things depends on their scarcity. In the relationship economy, things are assessed and valued based on abundance. ... There are also other types of economies that you can define, such as the attention economy. It's where there's this notion of intangible value based on influence and reputation and so on, and many ways to define what's happening. Today obviously, the transactional economy prevails, but boundaries are blurring as we speak. The relationship economy, the value there is trust. This is where people trust each other, there is no command and control, and the trust is built and the trust is values. In the relationship economy, the wealth is what you have when you lose all of your money.

I'd like to point out another type of economy that was described, which I find perhaps very interesting and very concrete. We had there also Doc Searls, who's the editor of the Linux Journal, and also one of the four co-authors of a very famous book called "The Cluetrain Manifesto," and he talks about the intention economy. This comes from the fact that suppliers - companies that supply services - want to lock in their consumers to their services. So we live in a world of silos, where you as a consumer are locked into many of these silos. The intention economy, as Doc defined it, is we totally reverse this picture to say, "I as a user, I as a person, I am in total control of my data and my intention. If I intend to buy something and that intent is certified, let's say by a bank, well then it can almost be like a personal RFD that I issue." Say I want to buy a car with this and that characteristic, and rather than me having to go to all various suppliers of cars and getting from each one of them a quote, it would be enough in this economy for me to state what I want, that this intention would be certified, and then it's personalized. I have people bidding for my business, so it's a total reverse of the situation, and Doc argues - and I tend to agree with him - that there's a number of products and services that banks could provide support for in this intention economy.

This is the end of the first part of a two-part interview with Kosta Peric of SWIFT. In part 2, Emerging Payments Redefine Value, Peric discusses the role financial institutions will play in these emerging payment schemes, and some of the security risks banks and credit unions will face as they work with more non-traditional payments players.

The New Rules for Web App and API Security 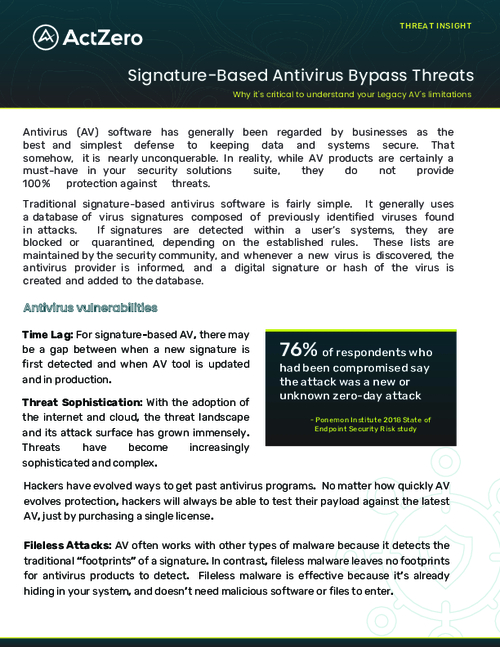 Anne Neuberger on Why No Sanctions Issued Against China Yet