Cybersecurity giant McAfee is set to become a public company once again.

See Also: How to Move Faster Against Cyber Automated Attacks

In a Form S-1 filing with the U.S. Securities and Exchange Commission on Monday, McAfee applied to list its Class A common stock on the Nasdaq Stock Market under the ticker symbol “MCFE.”

The Santa Jose, California-based firm plans to issue $100 million in shares, although this figure is a placeholder and may be updated later.

"The number of shares to be offered and the price range for the proposed offering have not yet been determined," McAfee says in a statement.

McAfee is owned by the private equity firms TPG and Thoma Bravo and chipmaker Intel. The company reported net revenue of $2.6 billion for 2019 and a $236 million net loss.

For example, the firm warns of "the continued decline in the sale of new personal computers and the rise of mobility and cloud-based solutions, all of which make satisfying our customers’ diverse and evolving needs more challenging. Many of our enterprise customers operate in industries characterized by rapidly changing technologies and business plans, which require them to adapt quickly to increasingly complex cybersecurity requirements."

In its SEC filing, McAfee says that, as of June 27, its products were used to protect more than 600 million devices. "Our enterprise business protects many of the largest enterprises and governments around the world, including 86%, 78%, and 61% of Fortune 100, Fortune 500, and Global 2000 firms, respectively," the filing states, referring to the largest 100 and 500 publicly and privately traded firms in the U.S., as well as the biggest 2,000 in the world. "We operate a global business, with 46.6% of our fiscal 2019 net revenue earned outside of the United States."

This would be McAfee's second stint as a public company. After being founded under the name McAfee Associates in 1987 by John McAfee, who resigned from the antivirus firm in 1994, McAfee first went public in 1999. The firm's stock traded on the New York Stock Exchange.

McAfee remained publicly traded until 2010, when Intel announced plans to purchase the firm for $7.7 billion in a deal that closed in 2011. Intel's move to buy McAfee to build endpoint security into motherboards - as opposed to leaving it in the operating system - surprised many analysts and failed to remake the market. Ultimately, the chipmaker took a $3 billion loss on the deal.

In 2014, Intel rebranded McAfee to become Intel Security, likely spurred by the public presence of the antivirus firm's founder and namesake, which increasingly resembled a cybersecurity version of the life of Hunter S. Thompson, including a gonzo 2012 escape from Belize, where he was wanted for questioning in a murder investigation (see: Guess Who's Running for President? John McAfee).

In 2016, when Intel Security was valued at $2.2 billion, or $4.2 billion with debt, Intel sold a 51% stake to TPG, with Thoma Bravo later taking a minority investment.

Reports that McAfee was prepping a return to the public markets have been circulating for more than a year.

In July 2019, The Wall Street Journal reported that McAfee's owners had been meeting with bankers to discuss plans for an IPO, with an eye toward it happening before the end of 2019. The discussions, being led by TPG - with Intel reportedly taking a back seat and continuing to stay out of day-to-day operations - were reportedly aimed at raising $1 billion and seeing the company get valued at $5 billion. But of course, there are no guarantees that McAfee would have achieved those valuations. 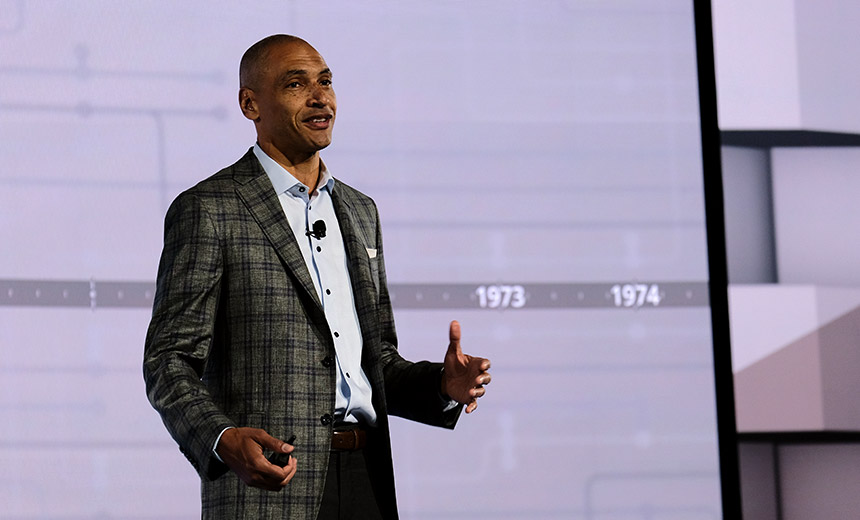 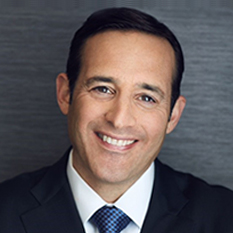 Peter Leav, president and CEO of McAfee since February

In November 2019, Symantec sold its enterprise business to Broadcom for $10.7 billion and rebranded its remaining consumer-focused business as NortonLifeLock.

After nearly three years in the job, Young stepped down in February - taking a role as a senior adviser at TPG Capital - after McAfee's board of managers appointed Peter Leav, who formerly led BMC Software, to serve as president and CEO.

Is Cybersecurity Market Heating Up Again?

McAfee's IPO filing on Monday came the same day that cloud automation firm Ivanti, based in Salt Lake City, Utah, announced that it has signed agreements to buy two well-known cybersecurity firms: MobileIron and Pulse Secure. The combined company will be helmed by Jim Schaper, who serves as Ivanti's chairman and CEO.

Ivanti, which is owned by private equity firms Clearlake Capital Group and TA Associates, says that its deal with mobile endpoint management firm MobileIron will see it acquire all outstanding shares of common stock for $872 million. The deal has been approved by MobileIron's board of directors, which has recommended stockholders approve the deal as well.

Ivanti says it has also signed a deal to acquire remote connectivity - including VPN - provider Pulse Secure from affiliates of Siris Capital Group. The terms of the transaction were not disclosed.

Meanwhile, on Tuesday, cloud computing and virtualization firm VMware announced its intention to acquire software configuration management and infrastructure and network automation company SaltStack. VMware says the move is designed to not only bolster its software configuration management and cloud automation capabilities but also help customers improve their security operations. Terms of the deal have not been disclosed.

Live Webinar: The Role of Modern Identity Governance & Administration to a Zero-Trust Strategy

Why Is Mastercard Working on Digital ID Assurance?

Facebook Tries to 'Scrape' Its Way Through Another Breach